Lurking on the gallery floor, inhabiting the liminal space between sculpture and performance, Isabelle Andriessen’s metabolic works investigate ways to animate inanimate and synthetic materials. She forces sculptures made of ceramics, steel, wax, silicon, and plastics to react to heat, cold, chemicals, and/or electricity. Imbued with agency, her sculptures feed off of each other as well as their surroundings. Their uncanny anatomies reveal dormant agents acting out dark agendas, envisioning grim speculations about our (near) future.

Tidal Spill envisions resilient and unsettling entities, alien life that could emerge from and reside in cesspools made up of the many pollutants in our environment such as oil, lithium, plastics, hormones, and chemicals that do not degrade. In Nocturnals, parasitical aluminum elements, cooled from within, capture and transfer ambient moisture into ceramic sculptures infused with minerals, feeding the growth of crystals on their surfaces. The functionally similar Necrotic Core was intended to encroach on the negative space of the gallery, straddling the line between automata, cybernetic systems, and futuristic architecture. Its unfortunate damage in transit and removal from the show for repair highlight the works’ sensitivity.

Challenging common art-conservation practices, Andriessen choreographs material processes that become slow performances, unfolding in phases across several exhibitions. While some of these processes last a few months, others continue for years, active while the sculptures are both on display and in storage, troubling notions of permanence and posterity. 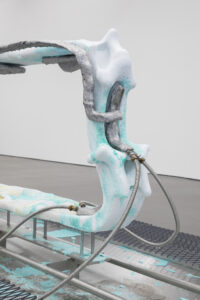 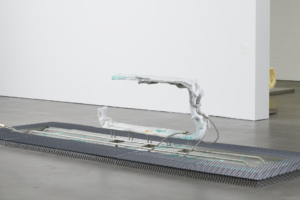 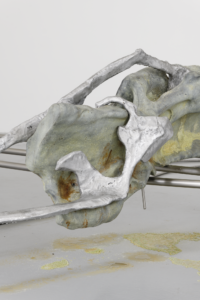 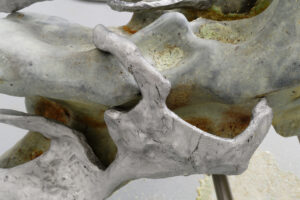