The artworks created at Art Therapy Studio are not intended primarily for public presentation. Cofounded in 1967, Art Therapy Studio is the longest-running independent art therapy center in the country. It was founded by art therapist Mickie McGraw and the late psychiatrist George Streeter. The idea for the studio developed out of McGraw and Streeter’s longtime interest in art as a healing tool; they both dealt with serious physical illness as children. While working at Highland View Hospital, which is now part of the MetroHealth System, Dr. Streeter met McGraw, who trained as a graphic designer at the Cleveland Institute of Art, and soon approached her with his idea to open an art studio in the hospital’s rehabilitation department. The studio grew and eventually offered services to patients who had been discharged and to other members of the community. In the 1990s, the studio became a freestanding nonprofit, relocating to its current Fairhill Road location.

During its more than fifty years of existence, Art Therapy Studio has provided therapeutic art programs to more than fifty thousand people throughout Cuyahoga and neighboring counties. 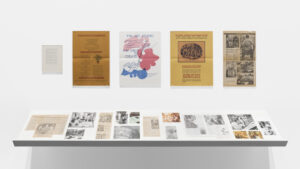