Theaster Gates is best known for a socially-engaged spatial practice that involves urban-revitalization projects in Chicago’s South Side, which transform abandoned buildings into much-needed community spaces. However, Gates originally trained as a ceramicist, traveling to Japan at the age of seventeen to study the medium. Working with clay has remained a mainstay of his practice. In addition to celebrating the history of forgotten Black potters such as the once-enslaved David Drake, Gates has developed his own hybrid style that he calls “Afro-Mingei,” a synthesis of Japanese aesthetics and African-American identity and history.

Gates is also inspired by the Black spiritual tradition and these two seemingly disparate interests come together in his recent film A Clay Sermon. Conceived and shot during a residency at the Archie Bray Foundation for the Ceramic Arts in Montana, the film includes shots of Gates singing African-American gospel and spiritual songs within the foundation’s abandoned brickworks alongside those of him at work in the ceramics studio. Inspired by Christian scripture that uses the image of a potter molding clay as a metaphor for the relationship between divinity and humanity, Gates’s film recasts working in ceramics as akin to a type of worship, highlighting the spiritual dimension of craft and labor, both artistic and otherwise. 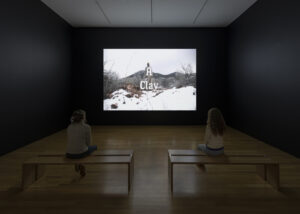 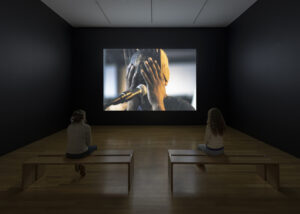