Premiering in North America, Naeem Mohaiemen’s feature-length film Jole Dobe Na (Those Who Do Not Drown) is a melancholic meditation on loss, grief, and end-of-life care. The film repurposes liminal architecture as a setting for an examination of the complex psychic life of a figure trapped in limbo, here a young man named Jyoti who is stuck in the endless recall of the last months of his partner Sufiya’s life.

Majestically shot in dusty sepia tones, the film is set in an abandoned hospital in Kolkata and alternates between slow pans of its ruined interiors—bench-lined corridors, empty wards jammed with upturned beds, a vacant operating theater—and fragments of conversation, intimate and erudite, between the once-estranged lovers. They discuss history and recite stories and songs, reflecting on the violence of borders, the politics of language, and the growing specter of communalism they must endure as an interfaith couple. They haunt the ruin, passing time as they wait, interminably, for paperwork to be filed, for test results, for what is inevitable and what follows that. The film ends with a heart-wrenching scene of Jyoti tenderly combing Sufiya’s long hair as she lies still on an operating table.

Dreamlike and disjointed, like memory itself, the film poignantly portrays what author Joan Didion, struggling to come to terms with her husband’s passing, called “magical thinking,” a part of the process of mourning that calls on the afterlife of imagination to refute the fact of death.

Naeem Mohaiemen, Jole Dobe Na (Those Who Do Not Drown), 2020, Co-commissioned by Yokohama Triennale and Bildmuseet Umea and presented with support from the Case Western Reserve University, Putnam Fund. 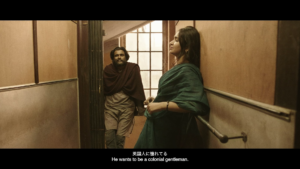 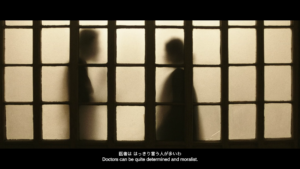 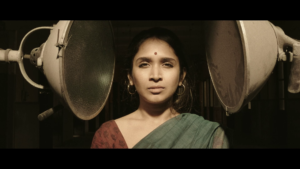 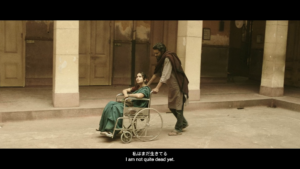 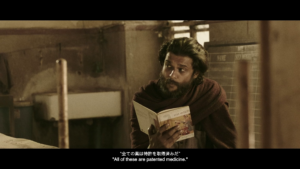 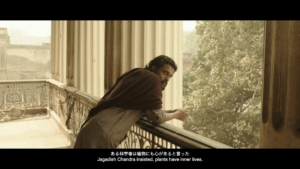 What can storytelling, as narrative and performance, teach us about health care, healing, memory, trauma, and grief?
15 Samson Pavilion at HEC