According to FRONT, “[Asad Raza’s] Ge is an endless and evolving video work that blends fiction and documentary as it moves around the planet. The first iteration explored a bioscope surrounding the Dorset home of James Lovelock, originator of the Gaia hypothesis, which proposes that all living organisms work together in a synergistic and self-regulating system. Lovelock famously lives and works in seaside cottages; a portrait of this land- and water-scape is thus also a portrait of the conditions that produced his thinking about the planet as a living feedback loop. The version of Ge presented here features footage from Raza’s performance for FRONT 2022, The Delegation, as well as his public sculpture in Wade Oval.” Cleveland premiere. DCP. Approx. 65 min.

“Exhibition D” is the name Cleveland filmmaker Robert Banks has given to his recent series of short films about FRONT 2022 artist Dexter Davis, a longtime friend of Banks (and a CIA alum). Three of the cycle’s seven works will be shown, all in 35mm or 16mm film prints: Bone Face, Color Me, and The Ritual. Approx. 60 min. 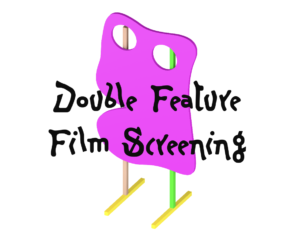