WHAT TO DO IN CLEVELAND, OHIO

With one hand on my hip and the other holding a craft cocktail, I gawk at the melded beauty of old and new at the atrium of the Cleveland Museum of Art. My drink, a Fig Sidecar made of house-infused fig brandy, Grand Marnier, Cointreau, and lemon, comes from the museum’s restaurant Provenance, which offers fare inspired by its featured exhibits. We sit just underneath and adjacent to the neoclassical white Georgian marble Beaux-Arts facade erected in 1916, which fuses with the $350 million addition of a modern, 39,000-square-foot canopy of glass designed by Rafael Viñoly in 2016.

Historically, Cleveland isn’t known for this type of sophisticated setting. At first blush, “the Cleve” evokes pop culture icons like LeBron James and the Rock & Roll Hall of Fame. It’s also home of the famous “leg lamp,” located in its A Christmas Story House & Museum. For me, until recently, the city was where my dad could reminisce as we swung by his childhood home and then my uncle’s house for a hug-and-hello before picking up our loot of delicious Stadium Mustard (made famous by Cleveland Indians games) and gathering at Corky & Lenny’s Jewish deli for pickles and corned beef. But the art museum isn’t the only revamped spot—the city is home to myriad repurposed hot spots and quirky experiences, many of them modernized places paying homage to its rustic history. 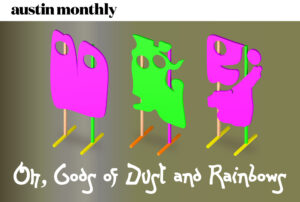