Announcing Details for Phase One of The Great Lakes Tour

CLEVELAND, Ohio (October 16, 2017) – FRONT International: Cleveland Triennial for Contemporary Art announces details for The Great Lakes Tour, one part of the interconnected cultural exercises of An American City that will investigate the significance and meaning of staging a large-scale international triennial in the contemporary context.

The Great Lakes Tour is comprised of two parts: a research and lecture tour by the Triennial’s artistic directors, Jens Hoffmann and Michelle Grabner, to some of the major cities across the Great Lakes region—including Cleveland, Buffalo, Chicago, Detroit, Milwaukee, Toronto, Flint, and Minneapolis/St. Paul—and an exhibition comprised of artworks by artists from those cities that will take place at Reinberger Gallery at the Cleveland Institute of Art. The first leg of this tour will involve talks and panels with the artistic directors at AGO – Art Gallery of Ontario, University of Buffalo Center for Fine Arts, and Midway Contemporary Art. The second leg will commence in mid-November 2017, with the third and fourth legs to take place in 2018, venues to be announced.

By undertaking this tour and survey, the artistic directors actively support a focused inquiry into art beyond the coasts, into the heartland of the United States. The resulting exhibition will bring this examination to the foreground as one of the cultural exercises of An

The Great Lakes region, a territory spanning eight US states, as well as the Canadian province of Ontario, is home to more than fifty million people. The Great Lakes are a major water transport corridor for bulk goods—approximately 170 million tons of cargo moves over the lakes annually—and thus an enormously important area both economically and politically. Many of the country’s social, economic, and political challenges are exemplified throughout these states. Despite a decade of job loss, demographic shifts, and falling household incomes, there is strong potential for sustainable future growth, and the curatorial inquiry seeks to question and elucidate how it can move onward from its Rust Belt narrative as a story of resurgence.

Events in Phase One of the Great Lakes Tour include: 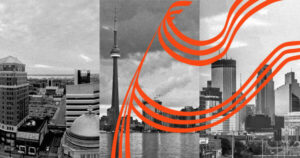