FRONT International Kicks Off With 18 Artists

The yearlong program will consist of art, research and community involvement.

Front International isn’t just an exhibit. It’s an artistic takeover. The first wave began in October with artists in residence landing at the Madison, a renovated apartment building on the PNC Glenville Arts Campus, for a yearlong program of art, research and community involvement. By next summer, Front will bring more than 55 artists from 33 countries to create artwork inspired by social, political and cultural issues in Cleveland for An American City: Eleven Cultural Exercisesexhibit July 14-Sept. 30 at locations throughout the city. “This will bring new economic activity to the city,” says executive director Fred Bidwell, “and will strengthen an already strong arts and culture infrastructure.” We get to know three resident artists. 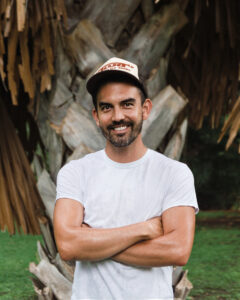