ARTISTS ‘I Ranged Far and Wide’: Dawoud Bey on Imagining the Paths of Fugitive Slaves

When Chicago-based artist Dawoud Bey traveled to the outskirts of Cleveland in late 2017, he found a landscape largely unchanged since thousands of slaves had crossed it 200 years ago, seeking freedom in the north. There were no telephone lines or cell towers, just the scraggly brush that had made the passage so treacherous. “I ranged far and wide out there, since there were expansive rural landscapes that looked as they might have in the 18th and 19th centuries,” Bey said recently in an extensive email interview. “The landscape and history there has not been built over.”

Bey was at work on his series of black-and-white silver gelatin photographs, “Night Coming Tenderly, Black,” commissioned by Front International: Cleveland Triennial for Contemporary Art and now on view at the Art Institute of Chicago. The exhibition caps off an eventful couple of years for Bey that kicked off with his winning a coveted MacArthur “Genius” grant in fall 2017. Last summer, Front premiered “Night Coming Tenderly, Black” in Cleveland’s St. John’s Episcopal Church, once a stop on the Underground Railroad. Then September brought the publication of “Seeing Deeply,” a 400-page monograph from the University of Texas Press, as well as the opening of an exhibition at the National Gallery in Washington, DC, of his “Birmingham Project” photographs. (That show is up through March 24, but at the moment the National Gallery is closed due to the government shutdown, about which Bey has had harsh words.) In 2020 the San Francisco Museum of Modern Art and the Whitney Museum of American Art will give Bey a full retrospective. 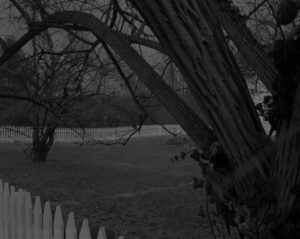