Cleveland, Ohio - The Cleveland Museum of Art is changing up its City Stages world music series this year. They're taking out the "Ohio," as in "Ohio City Stages." In conjunction with the FRONT International triennial, City Stages shows will be taking place throughout the city instead of just oustide Transfomer Station in Ohio City, as in past years.

"City Stages was five years in Ohio City during which we've all seen dramatic change in that neighborhood that made everybody pleased with the outcome" says Tom Welsh, Director of Performing Arts at the Cleveland Museum of Art. 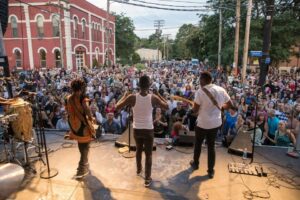