Clevelanders like to tell people that there were once more millionaires on the city’s Euclid Avenue than there were on New York’s Fifth Avenue. They are also often self-deprecating. Cleveland has been through rough times since the Gilded Age: in the 1950s and ’60s, the Cuyahoga river was so polluted it caught fire several times, and in 1978 the city became the first in the US to default on its debt since the Great Depression. Its population is roughly a third as large as it was at its peak 68 years ago. Like so many Rust Belt cities, it has a world-class art museum, the Cleveland Museum of Art (CMA), built by industrialist robber barons, but has never been on the contemporary art world circuit. What better than a triennial to change that? 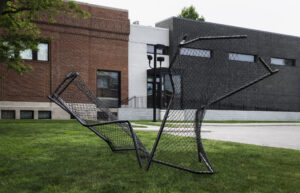