(CLEVELAND — January 15, 2020) — FRONT International: Cleveland Triennial for Contemporary Art, is pleased to announce that its second edition will be titled Oh, Gods of Dust and Rainbows, in a presentation of contemporary art across three cities in Northeast Ohio from July 17 through October 2, 2021. The exhibition will be developed in collaboration with a multidisciplinary Artistic Team based in Cleveland, the Great Lakes, and abroad.

Oh, Gods of Dust and Rainbows embraces art as an agent of transformation, a mode of healing, and a therapeutic process. The title is an homage to a 1957 poem by author Langston Hughes, who moved to Cleveland in his childhood and maintained an artistic connection to the region:

Oh, God of dust and rainbows, help us see

That without dust the rainbow would not be.

I look with awe upon the human race
And God, who sometimes spits right in its face.

This poem, a meditation on adversity and a prayer for transformation, inspires FRONT 2021’s curatorial approach. The exhibition’s title extends Hughes’ original invocation to signal a plurality of beliefs, stories, places, and people.

Cleveland’s social fabric reflects centuries of economic, political, and environmental conflict. Having traded titans of industry for titans of medicine, the city is reinventing itself as a center for healthcare and cutting-edge scientific research. FRONT 2021’s curatorial framework connects Cleveland’s storied past with a polyvocal present, exploring healing as an ongoing cycle of repair, spanning crisis and recovery. This approach treats the exhibition as a process of long-term change, embracing the region's range of cultures in need of attention, investigation, and care.

With a particular focus on labor and the environment, from the industrial past to service-driven and automated futures, the show considers the exploitation, alienation, and degradation caused by capital. The notorious burning of Cleveland’s Cuyahoga River in 1969 represents a watershed moment for environmental awareness, prefiguring the world’s unfolding climate crisis. Amidst growing uncertainty, precarity, and divisiveness, the exhibition asks how communities, from religious institutions to support groups to dance clubs, can emerge as sanctuaries for collective agency and healing. Responding to today’s challenges as potential opportunities, Oh, Gods of Dust and Rainbows explores the emancipatory power of joy, as embedded within song, movement, and multi-sensory experience.

Distributed across Cleveland, Akron, and Oberlin, the exhibition will feature artists working in the region and internationally, many of whom will produce new commissions. Elements of the exhibition will begin to manifest throughout 2020; some will continue after the end of the Triennial, leaving a lasting mark on the region and its infrastructures. The show’s first announced commission is a public, Bluetooth-powered dance floor in downtown Akron, designed through a community-driven process by Stockholm-based architecture collective Dansbana!.

FRONT 2021 has been conceived through a collaborative methodology that reflects a curatorial interest in group dynamics and therapeutic processes. Beginning early in 2019, the exhibition’s Co-Artistic Directors, Prem Krishnamurthy and Tina Kukielski, convened local cultural partners and stakeholders to consider the goals, methods, and outputs of the exhibition, resulting in the assembly of an expanded Artistic Team that will play a key role throughout the exhibition’s development.

Evelyn Burnett is co-founder and partner of the ThirdSpace Action Lab (TSAL) and Third Space Café. Prior to starting TSAL, she served as Vice President, Economic Opportunity at Cleveland Neighborhood Progress, Associate Director for Program Strategies with Admiral Center at Living Cities, project director in the city of Cleveland’s Office of Sustainability, and Cleveland Executive (Coro) Fellow. Burnett is a 2018 German Marshall Fellow and holds board officer roles for Birthing Beautiful Communities, ioby, and Teach for America.

Courtenay Finn is currently the Chief Curator at the Museum of Contemporary Art Cleveland (moCa). Prior to her appointment at moCa, she was Senior Curator at the Aspen Art Museum (AAM), where she organized thematic exhibitions such as Lost Without Your Rhythm, Gravity & Grace, and The Revolution Will Not Be Gray; as well as solo exhibitions of Yto Barrada, Haris Epaminonda, and Mickalene Thomas. From 2011–2014, Finn was the curator at Art in General, New York. In 2013, she co-curated North by Northeast, the Latvian Pavilion for the 55th edition of the Venice Biennale.

Emily Liebert is Curator of Contemporary Art at the The Cleveland Museum of Art (CMA). Since joining the museum in 2017, she has curated and co-curated exhibitions of Kerry James Marshall, Liu Wei, and Raúl de Nieves, as well as a forthcoming exhibition with Laura Owens opening in summer 2020. Liebert also co-organized, with Ugochukwu-Smooth C. Nzewi, CMA’s first site-specific commission in its atrium, Emeka Ogboh’s Ámà: The Gathering Place (2019). Before her appointment at the CMA, she worked at the Museum of Modern Art (MoMA) as curatorial assistant for the retrospective Robert Rauschenberg: Among Friends (2017) and curated Multiple Occupancy: Eleanor Antin’s “Selves” (2013) at Columbia University’s Wallach Art Gallery and ICA Boston.

Dushko Petrovich is a co-founder of Paper Monument, where he has published numerous critically acclaimed and bestselling books, including Draw It with Your Eyes Closed: The Art of the Art Assignment; Social Medium: Artists Writing 2000–2015; and As Radical, as Mother, as Salad, as Shelter: What Should Art Institutions Do Now? Petrovich has produced Adjunct Commuter Weekly and The Daily Gentrifier under his personal imprint, DME. Having previously taught at Boston University, Yale University, and the Rhode Island School of Design, Petrovich currently directs the New Arts Journalism program at the School of the Art Institute of Chicago.

Kameelah Janan Rasheed is a Brooklyn-based learner from East Palo Alto, CA. In her work, she researches the deeply intertwined spiritual, socio-political, ecological, and cognitive processes of learning/unlearning. Rasheed makes her inquiries visible through an ecosystem of iterative and provisional projects including sprawling, Xerox-based “architecturally-scaled collages” (Frieze, winter 2018); publications; public works; prints; digital archives; lecture-performances; library interventions; poems/poetic gestures; and other forms yet to be determined.

Tereza Ruller is an Amsterdam-based independent designer and co-founder of The Rodina, a graphic design studio. She experiments with multimedia art strategies in the field of graphic design and investigates theoretical frameworks around bodies, labor, surface, and action. Her studio invents ways in which experience, knowledge, and relations are produced and preserved. The Rodina works primarily with cultural clients such as Harvard Graduate School of Design (USA), Sonic Acts Foundation (NL), and Hyundai Card Library Soul (KR). Ruller is an educator at Design Academy Eindhoven. She exhibits and lectures internationally, including at CalArts (USA), Cooper Union (USA), and ZHDK (CH).

Murtaza Vali is a critic, curator and art historian based in Brooklyn and Sharjah. A recipient of a 2011 Creative Capital | Warhol Foundation Arts Writers Grant for Short-Form Writing, he regularly contributes to art periodicals and publications for non-profit institutions and commercial galleries. Vali is also an Adjunct Curator at the Jameel Arts Centre in Dubai, where he curated the widely acclaimed inaugural group exhibition Crude, which explored the relationship between oil and modernity across West Asia. A Visiting Instructor at Pratt Institute, Brooklyn, he is also a Lead Tutor of Campus Art Dubai.

Launched in 2018, FRONT International: Cleveland Triennial for Contemporary Art is a triennial exhibition comprised of artist commissions, performances, films, and public programs that takes place across Northeast Ohio. Its inaugural edition, An American City, was curated by Artistic Director Michelle Grabner and generating over 90,000 visitors from more than 25 countries, brought $31 million in new economic activity.

Oh, Gods of Dust and Rainbows, the second iteration of FRONT International, will run from July 17 through October 2, 2021. Building on the success of the first edition, FRONT 2021 will further the Triennial’s commitment to stimulating new and sustained cultural conversations within the region. 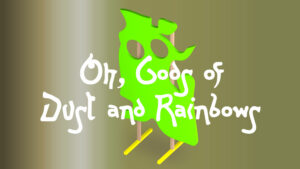 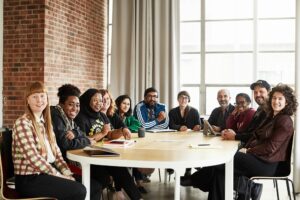